When you live in a culture that believes marriage can be between a person and herself or that there are dozens of genders, it’s pretty easy to see how abortion could be considered licit and acceptable. This is a cultural war that we are fighting against.

One of the newer ways to fight revolves around a study that showed that most of the pro choicers and people who are in an unwanted pregnancy agree that it’s a life, agree that it’s murder, but believe that it’s either their life or the baby’s life. They have an unrealistic idea on how the pregnancy has basically killed their life and future hopes.

So the movement is moving towards trying to address only the issue with the person who is pregnant. When we show anything that has to do with the humanity of the baby, they disconnect. But if we stress to them that we are concerned about the problem they are facing and have solutions, they will listen more readily. That includes literature and signage that we hold at the sidewalk. The study said that even cute little baby pictures, or the one that says abortion stops a beating heart puts the focus on the baby instead of the person in crisis.

I know it sounds ridiculous and ludicrous, but in some ways with this self centered cultured it does make sense. Just a thought. 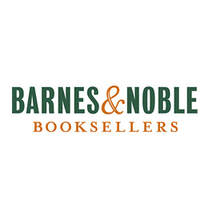